7 Major Differences Between a Lamborghini and Ferrari 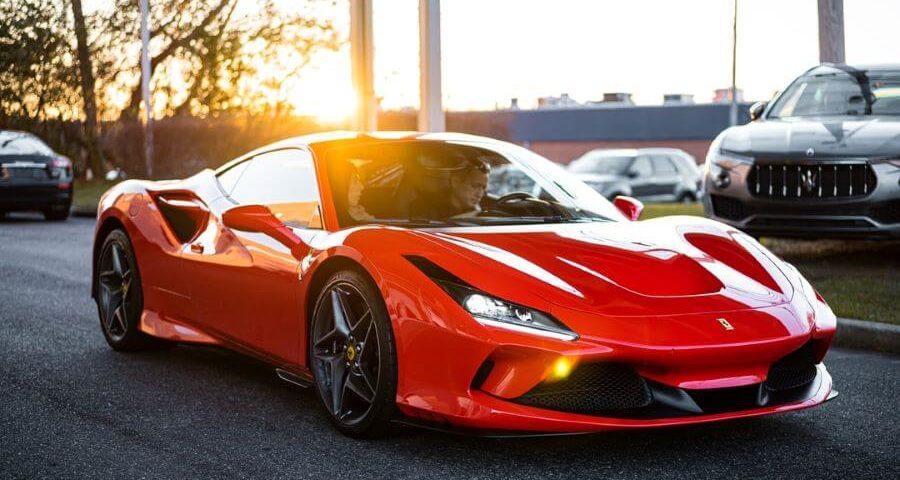 Lamborghini and Ferrari are two top tier sports cars. What are the big differences and how does it affect your new sports car purchase? Find out now.

When you think of luxury supercars, what comes to mind?

Most people would say, Lamborghini and Ferrari.

These two car brands are among the most well-known and most successful in the world. Both Ferraris and Lamborghinis are known for their sleek designs and raw, untamed speed. Both of these car brands have a fierce rivalry going back decades.

But when it comes down to it, what are the main differences between Ferraris and Lamborghinis? Here’s a brief luxury car comparison.

History of Ferrari vs Lamborghini

Did you know that Ferrari is actually 17 years older than Lamborghini? Ferrari began by making high-end race cars while Lamborghini began as a tractor manufacturer. These two companies both evolved into world-renowned luxury car brands

Ferruccio Lamborghini was born into a family of farmers. He was more interested in mechanics though and served in the airforce during World War 2. He went on to repurpose military machines to be used as tractors.

He became wealthy from selling tractors and eventually bought himself a luxury car – a Ferrari.

The founder of Ferrari, Enzo Ferrari, knew he wanted to be a racing driver from a young age. He started off racing Alfa Romeos and then decided to form his own racing team called Scuderia Ferrari. After some time, his company began producing race cars and then road cars as well.

They were very successful in motor racing and this is what shaped Ferrari’s development.

Ferruccio Lamborghini really liked Ferrari’s cars but found them a little noisy and rough when used on the road. He felt they were more like repurposed race cars with subpar interiors.

The main issue that Ferruccio had with his Ferrari was the clutch. He decided to complain about this directly to Enzo but was angrily dismissed. Lamborghini got upset by the exchange and decided to build his own line of cars.

That’s how Lamborghini was born and the rivalry has continued until today. Many people note that it was Enzo Ferrari’s own arrogant attitude that created his biggest rival. Here are 7 differences between Ferrari and Lamborghini.

Lamborghini began with the intent of creating luxury sports cars but Ferrari’s origins are steeped in racing tradition.

Enzo Ferrari loved motor racing and at first, did not plan on creating road cars. His racing team attracted some of the most talented drivers of the time and they became very successful.

Enzo then decided he wanted to experiment with creating a new design. So he formed a new company called Auto Construzioni S.P.A., which began manufacturing what would become the modern-day supercars that we know and love.

Luxury carmakers often have a much smaller selection of vehicles than regular car brands. Supercars take more time and effort to construct and manufacture. Let’s face it, this process cannot be rushed.

It can take years for high-end manufactures to release successors to existing models. Recently, Ferrari has begun releasing more car models each with more impressive features and figures.

Although Lamborghini participates in racing too, Ferrari is still ahead in that game.

When comparing performance, these two luxury cars are neck and neck. It’s difficult to distinguish who comes out on top and the differences are usually minimal.

If you’re looking to drive a luxury car then speed is probably important to you. Ferrari’s catalog of models is the fastest overall, but that doesn’t mean Lamborghinis are slow.

Speed depends on the model so it’s difficult to give a fair comparison. The Ferrari LaFerrari can go from 0-60 in only 2.4 seconds but the Lamborghini Huracan Performante matches these figures.

It should come as no surprise that both Ferraris and Lamborghinis come with a hefty price tag. Buying a world-class luxury supercar doesn’t come cheap.

The cheapest models available will still cost you a few hundred thousand dollars. Lamborghinis overall tend to be a bit more expensive than Ferraris.

Car enthusiasts can tell the difference between a Lamborghini and a Ferrari from a mile away. That’s because both companies have different design philosophies.

Lamborghinis feature straight edges with an iconic ‘wedge’ shape. The Lamborghini trademark is its upward swinging doors. Ferraris feature more curves and are shaped to be more aerodynamic.

Ferraris have a softer, smoother design while Lamborghinis are more ‘in your face’.

The two supercars also differ when it comes to the interior. Ferraris have a light shell and are equipped with features for racing and agility. On the other hand, Lamborghinis have a bigger frame, and their interiors scream ‘luxury’.

6. Ferrari Has a Bigger Annual Revenue

In terms of revenue, Ferrari is ahead of Lamborghini. This doesn’t necessarily mean that Ferrari is ‘better’, but rather that they have a larger business operation.

Both companies have decided to maintain their image as luxury Italian sports car manufacturers rather than transition into mass production of regular consumer vehicles.

Both Lamborghini and Ferrari are embracing electric cars and many of their new models are hybrids. In the coming years, expect to see a growing number of fully electric vehicles coming from Ferrari and Lamborghini.

Ferrari is also expanding its model range while Lamborghini is keeping theirs smaller. As Lamborghini begins to embrace electrification, the additional weight of electric motors may impact the performance of future models.

Lamborghini and Ferrari are two of the most iconic and well-known car brands in the entire world. Both companies focus their efforts on building fast, high-end, luxury vehicles with an impressive range of features.

You can’t go wrong with either a Lamborghini or a Ferrari. Perhaps the thing that defines them most is their history. Ferrari is steeped in racing glory while Lamborghini was created to be a luxury road car.

If you’re interested in purchasing a Ferrari or a Lamborghini, we’d love to help you out. Contact us today for more information.