A Fall and a Meteoric Rise: The History of Bugatti 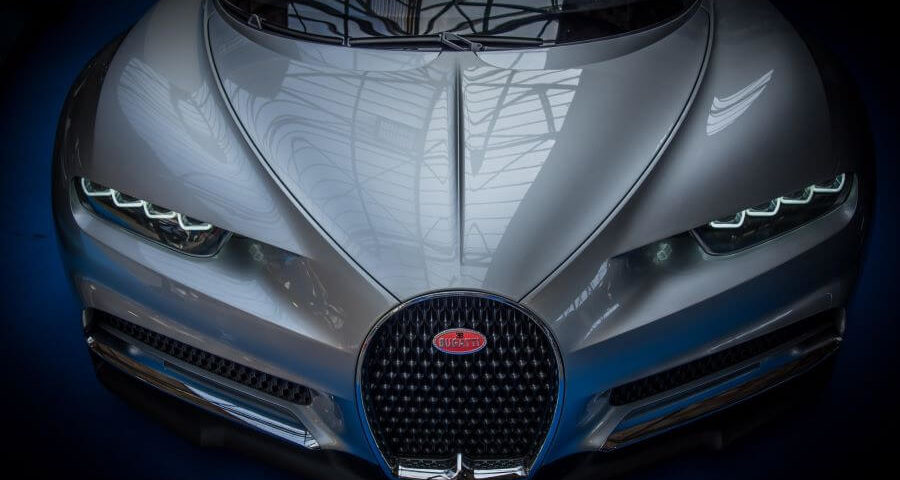 The history of Bugatti is a fascinating topic. From early 20th century prominence to relative unknowns to the foremost car marque in the world. What happened?

If you blink at the wrong moment, you won’t see a Bugatti as it whizzes past you. Perhaps it was a Veyron or a Chiron, but you didn’t get a chance to notice!

Bugatti made some of the most impressive cars that have garnered the interest of car enthusiasts around the world. Are you eager to go to an exhibition to see a collection of Bugatti’s? Or are you on the lookout to buy a Bugatti?

We are all fascinated with a Bugatti and its excellence. But few of us know much about the history of Bugatti. It’s hard to imagine the struggles this company went through.

But throughout its history, Bugatti lingered in obscurity before becoming a key player in the luxury care industry.

Ettore Bugatti was born in 1881 in Milan. At a young age, he developed a keen interest in art and design. His father was a prominent artist and carpenter and these traits carried on to young Ettore.

After studying at Milan’s Academy of Art, Ettore took a job at a bicycle factory. However, he’d only have a short stint at the factory as the automobile would soon be invented.

He became intrigued by this new invention and began studying automotive mechanics. He wanted to find a way to combine his love for design and a newfound passion for cars.

He also became fascinated not only with driving but with racing. It was clear that the cars he would design would be unlike any others.

Ettore’s skills didn’t go unnoticed and by 1901 he began designing racecars. He worked for a slew of different companies. He moved to Germany where he worked for companies such as the de Dietrich Company, Emi Matthias, and Deutz.

It was with Deutz that he began to lead the production of racecars while living in Cologne, Germany. While he enjoyed his work, he also dreamt of starting his own automobile business.

The History of Bugatti Begins

In 1909, Ettore began a Bugatti car production plant. Within one year he designed five cars and managed to sell all of them.

After his assistant Ernest Fredrich began driving around the racetrack with a Bugatti, the company became a household name.

Ettore would later sign a contract with Peugeot to produce more cars. These cars including the famous “The Babe” were among Peugeot’s best-selling automobiles. It was safe to say that Bugatti had become a key figure in the European car industry.

Ettore went on to design engines for airplanes belonging to the American and French governments for the First World War. After the war, Bugatti produced many popular cars that became a favorite for racing enthusiasts. In 1926, the Royale was created and this was considered to be a luxury car in its day.

The Fall of Bugatti

While the launch of the Royale brought Bugatti to wider prominence, there was a massive change that plundered the company’s finances. Three years after the Royale launched, America faced its Great Depression.

This economic decline reduced spending around the world and sales of the Royale tanked. The Bugatti company’s finances were severely hurt.

There was a short-lived upward climb in the mid-1930s. During this time, the French Government contracted Bugatti to produce railcars at its plant. This helped Bugatti get back on track with its finances.

But in 1936, there was a strike at the Bugatti plant in Molsheim, France. The workers demanded higher wages and better working conditions.

While Ettore provided them with their demands, there was now a rift between Ettore and his workers. This rift was never healed.

Ettore died in 1947 and by the time of his death, the Bugatti company faced severe financial problems. The plant wasn’t able to produce new automobiles and soon became a forgotten name, unable to continue its once great legacy.

Forty years after Ettore Bugatti died, the Bugatti plant was still in use for producing airplane parts.

It was no longer a key player in the automotive industry and most people didn’t associate the Bugatti name with excellence as they once did.

In 1987, an Italian entrepreneur bought the company. He recalled the days of the Bugatti Royale and how the car combined racing with luxury. His goal was to reintroduce this type of Bugatti to a new generation.

The company was now based in Modena, Italy, and began mass-producing luxury sports cars. They were an instant hit and the Bugatti name was now cherished by luxury car enthusiasts all over the world.

The success was so phenomenal, that within a decade Bugatti caught the eye of one of Europe’s largest car companies.

The Volkswagen Group bought Bugatti in 1998 and moved production back to Molsheim.

They continued to create sports cars that became favorites of racing and luxury enthusiasts. The late 1990s and early 2000s would prove that Bugatti was now a force to be reckoned with.

But it was in 2005 that Bugatti came to the forefront of a new section of the automobile industry.

Bugatti today has a greater mystique than ever before. It produces supercars that only an exclusive club is privy to. If you are a luxury car enthusiast, you might want to consider a Bugatti Veyron or Chiron as your next purchase.

Now that you know the fascinating history of Bugatti, you can start shopping around for one of your own. What’s most fascinating about this car company is its commitment to excellence in engineering and design. Years after Ettore Bugatti’s passing, the company still focuses on producing a luxurious driving experience while offering a beauty that will make heads turn.

We are a luxury car dealership committed to providing the best luxury cars available. Browse our selection of Bugatti’s today and let’s get in touch.

PrevHow Long Does It Typically Take to Build a Ferrari?
Modena’s Masterpieces: The Top 9 Classic FerrarisNext